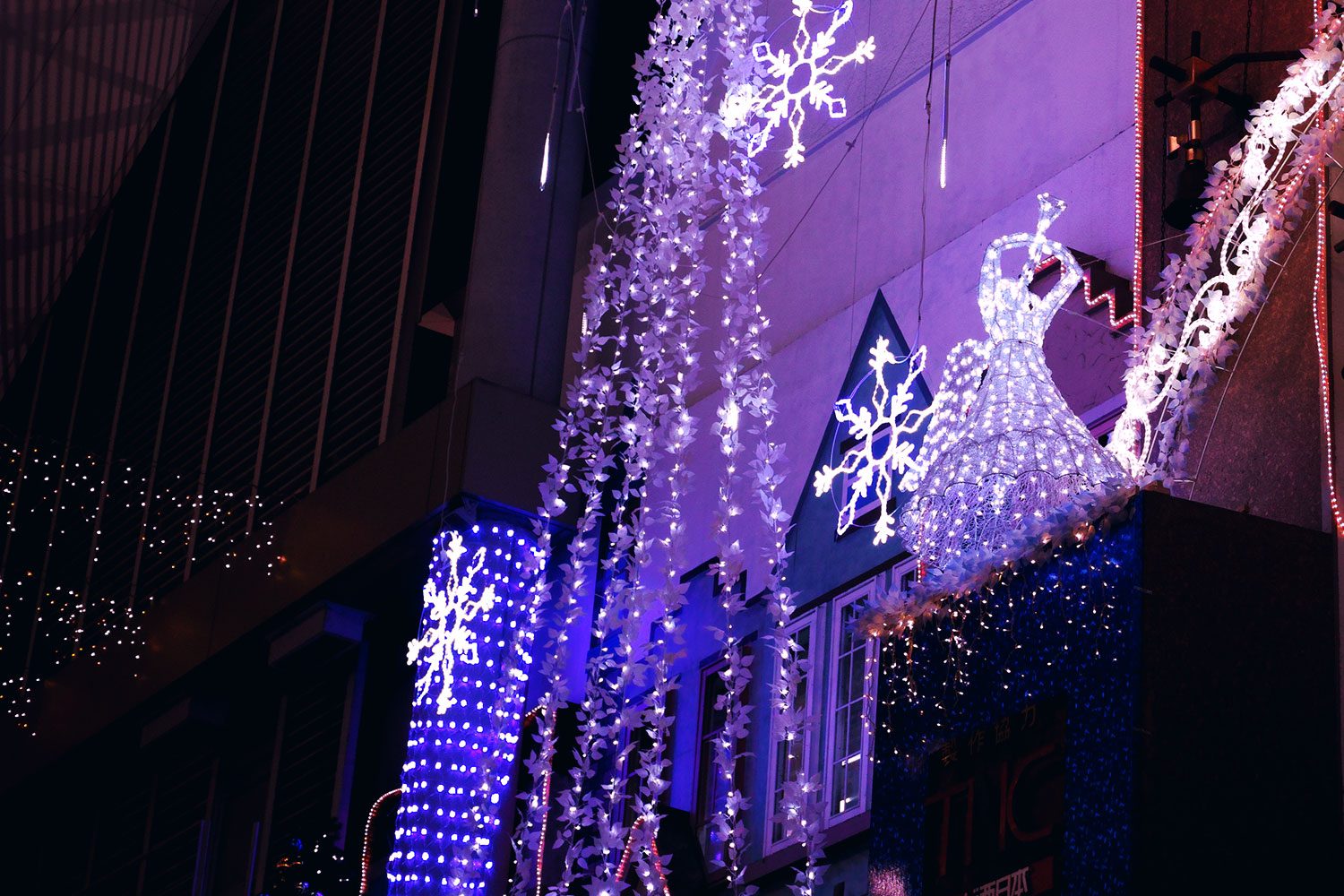 One of the fun things with traveling in November is that you get to witness Christmas preparations from a foreign, often exotic location.
I was obviously very curious about Christmas in Japan.

I did expect it to be cute (which it was, very) but not to be such a big thing, especially when it came to Christmas lights. It turns out this is a thing on its own, with multiple locations to witness illuminations that often seem of gigantic proportions. Have a look at Time Out Tokyo’s guide on the subject if you don’t believe me.

I was determined to check a few of these locations in Tokyo but the jet lag got the better of me and there was no way I could have gone to the other side of town by the time night had fallen (maybe I should have gone at 3 am, when I was actually awake!).  Anyway, it wasn’t until the end of the trip that I was in sufficiently good shape to go out and take pictures, which means today’s photographs are from Fukuoka and Kumamoto.

What surprised me most about the representation of Christmas in Japan is how it juxtaposed modern -futuristic even- elements with very traditional ones. Obviously there is a strong kitsch factor, but in the eyes of a foreigner it’s also quite fascinating, this mishmashing of Western codes with Japanese poetry and romanticism.

The detail : inside the temple, Anuradhapura, Sri Lanka